Ok, first post time! I'll be doing weekly updates on Saturdays, which should take us all the way up to 31st and (hopefully) a finished game.

Idea is very simple gameplay wise. You have two characters who will battle four (five if time permits) monsters, including a final boss – the villain protagonist of the game. On their inevitable defeat you can choose between two adult scenes focusing on one character or another. Here are our two characters! 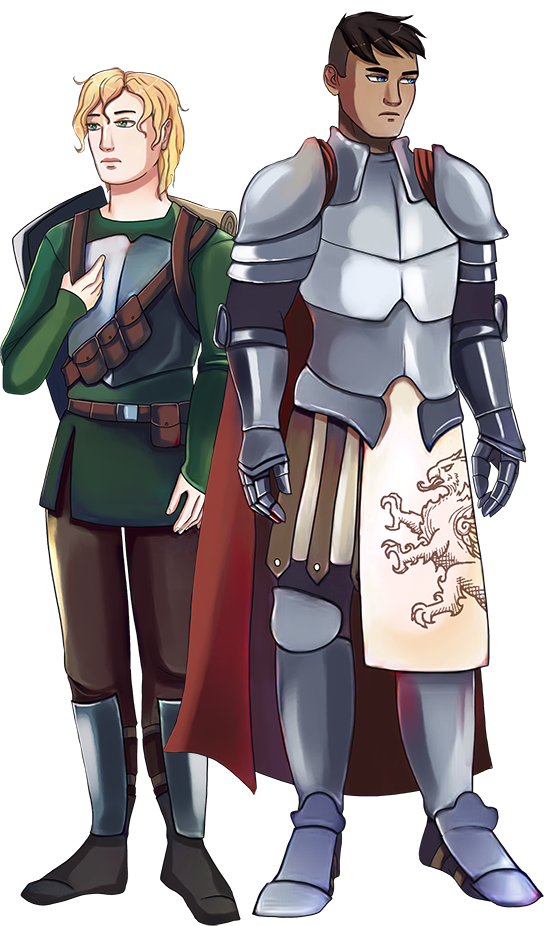 Atreus Lisle, noble knight, proud and fiery. His scenes tend to be more brutal than Ollin's, though they go from VERY non-con to more dub-con.

Ollin, gentle squire. Designed to look more feminine for those who like 'em pretty. He tends not to fight back in his scenes, so they're less overtly non-con.

I also have one CG for you! Very NSFW, even with the censors. 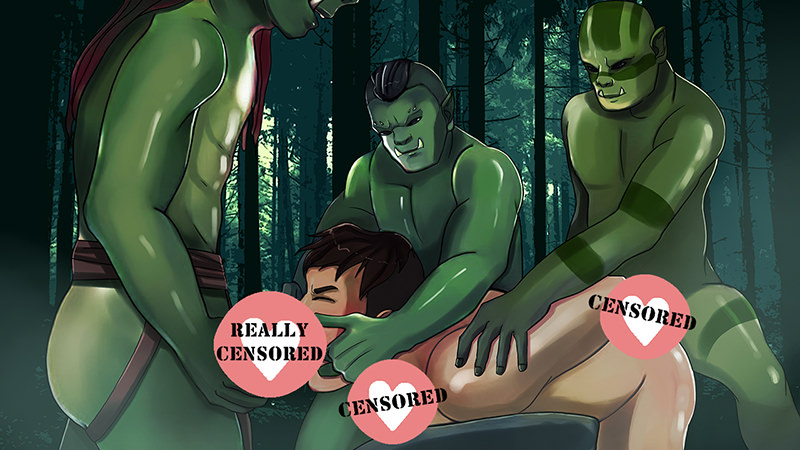 Now if you couldn't tell from the pic, the scenes are very adult, exclusively male/male, and deal with some pretty dark themes. If anything in that picture above appealed to you, you'll probably like this game. If you feel like you need some brain bleach, click thy back button.

Here's a more detailed break down of adult themes:

MAYBE (if I have time to add scenes):

The chosen character will gain a corruption point, shown by this heart symbol here: 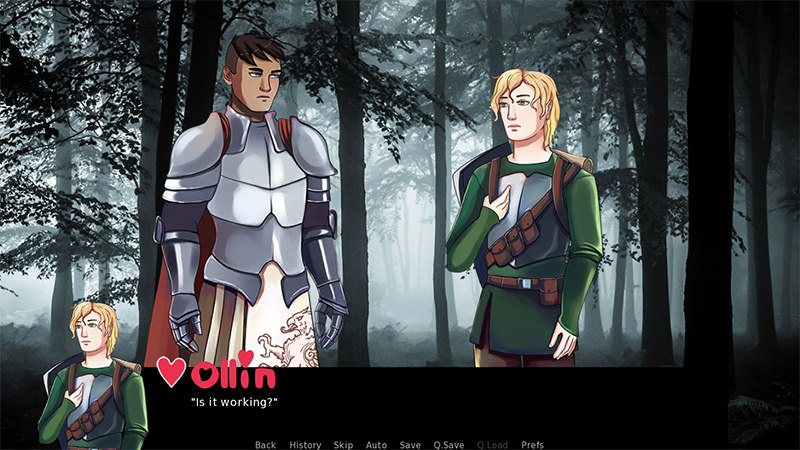 Becoming more corrupt (by being chosen as the focus in more adult scenes) will alter the character's dialogue as time progresses and will also affect the ending after the heroes have faced the villain at the end. There's three endings planned at the moment – one in which the villain has his way with both characters, and one for each character if you focused exclusively on them (as in, they're fully corrupt and the other is untouched). I'll stretch it to 4+ if I have time.

That's all for now! I've planned basically every evening in March, so I'm fairly confident that I can meet the Nano deadline. I'll post a new update every Saturday until the 31st!

A quite dark and very nsfw yaoi game

Oh, seems very promising! I'll be waiting for the release!