Hi everyone, can you believe it's December already? I feel like I've blinked since the last Christmas season.

This last month I've been working on writing the orc and minotaur scenes. I haven't just outright written anything for ages so getting started was tricky, but now I'm back in the swing of things!

For the sake of having something visual to show each week I completed a few monster sprites – people following weekly updates at Patron will have seen these, but not those on Itch etc who just get the monthly update. So for you folks, here's what we have: 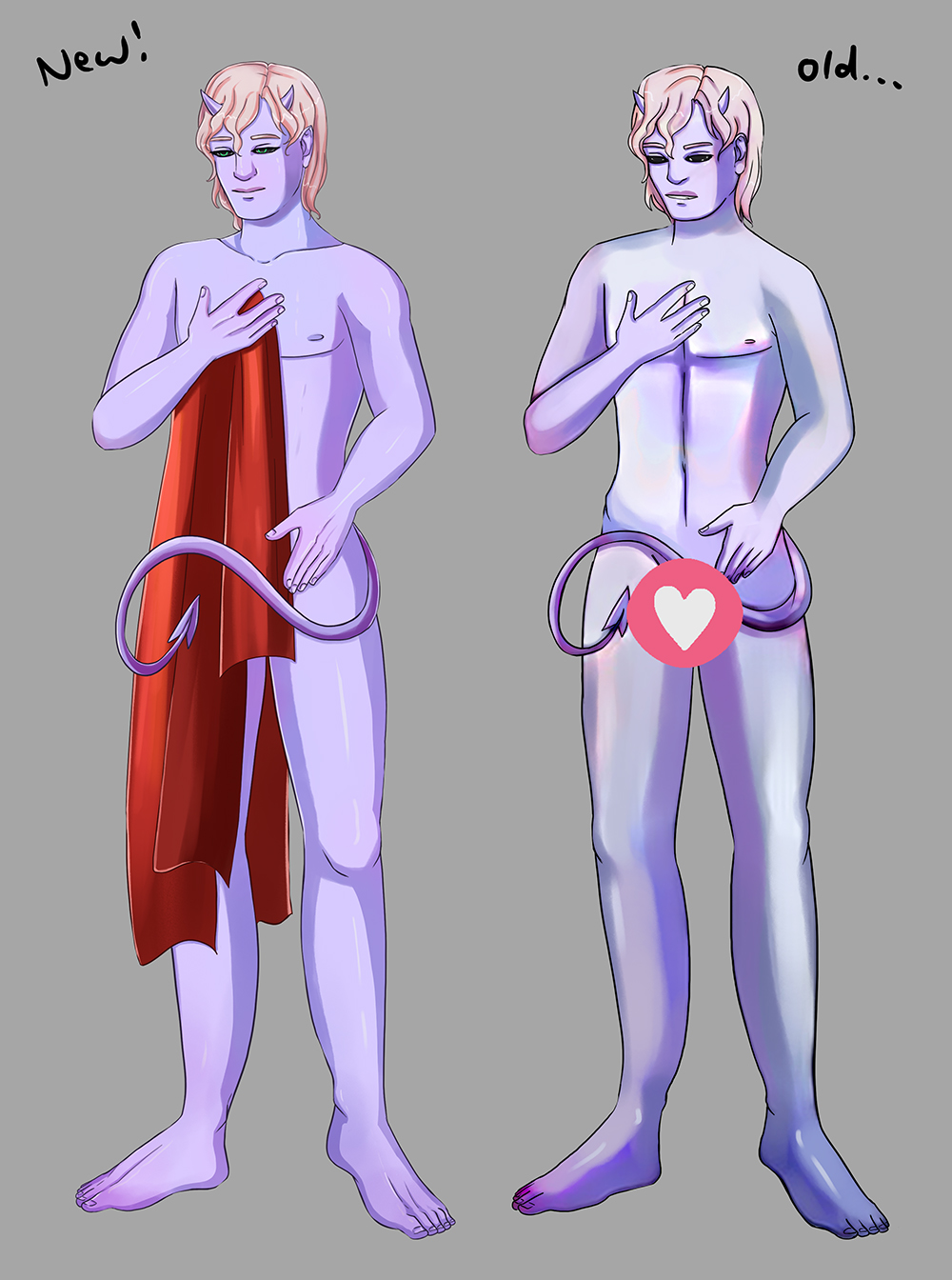 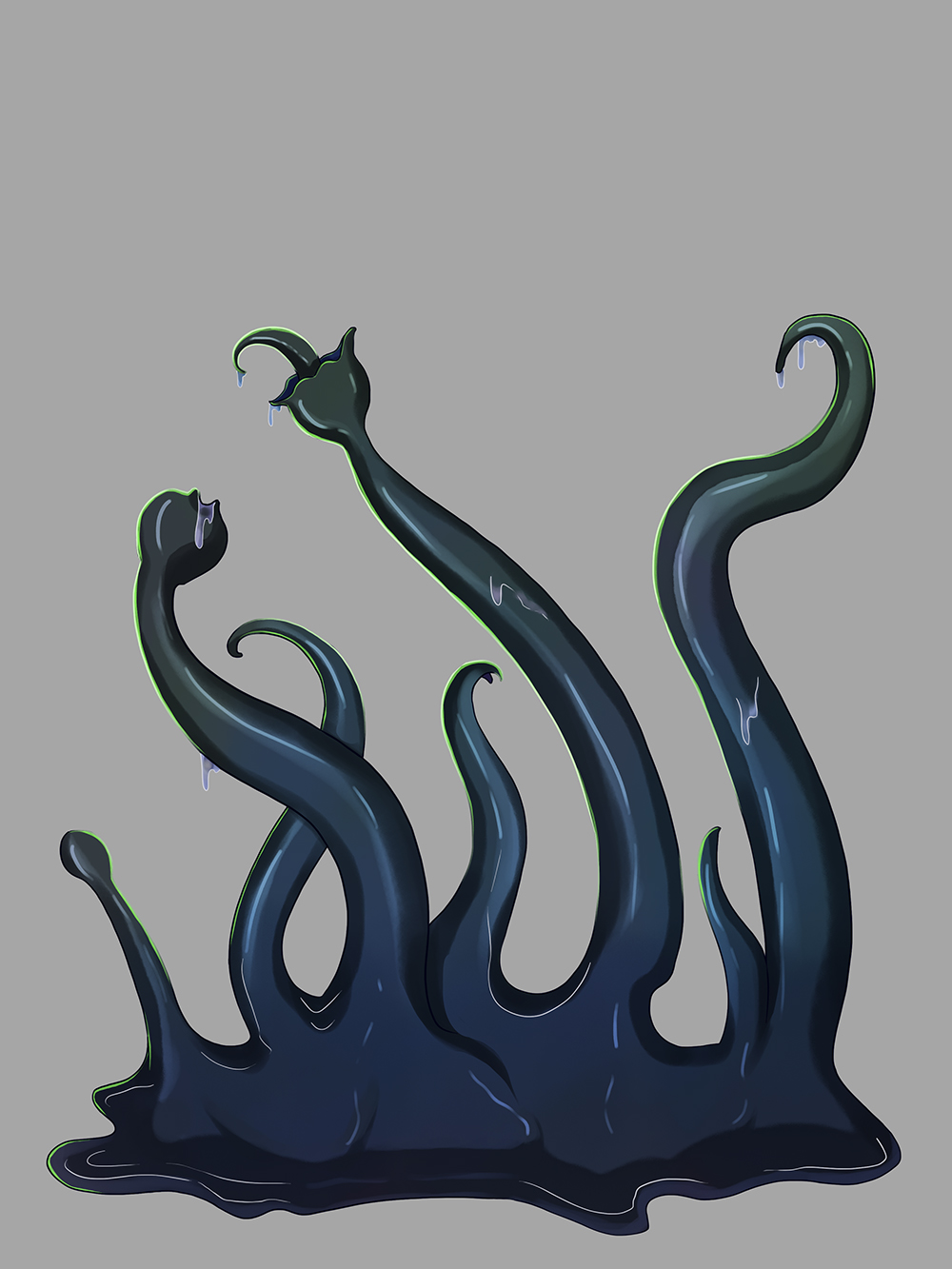 I'm sure those who played the first game will recognise that cute purple demon boy up there. As for the other sprite, that's Lhoriss' tentacles from the first game; they'll get their own choose-able scene this time instead of being part of the neutral ending. This is basically to let people opt out of tentacles if they don't like them. The sprite needs some rethinking I think, but we'll cross that bridge when we come to it.

Anyway to get back to the original topic, I've been writing this month. That's difficult to show off in the visual sense, but I've also started coding some of my scenes – this is why you're getting your update a few days late, ahem. I thought seeing some screenshots would be more satisfying to look at. So here you go! 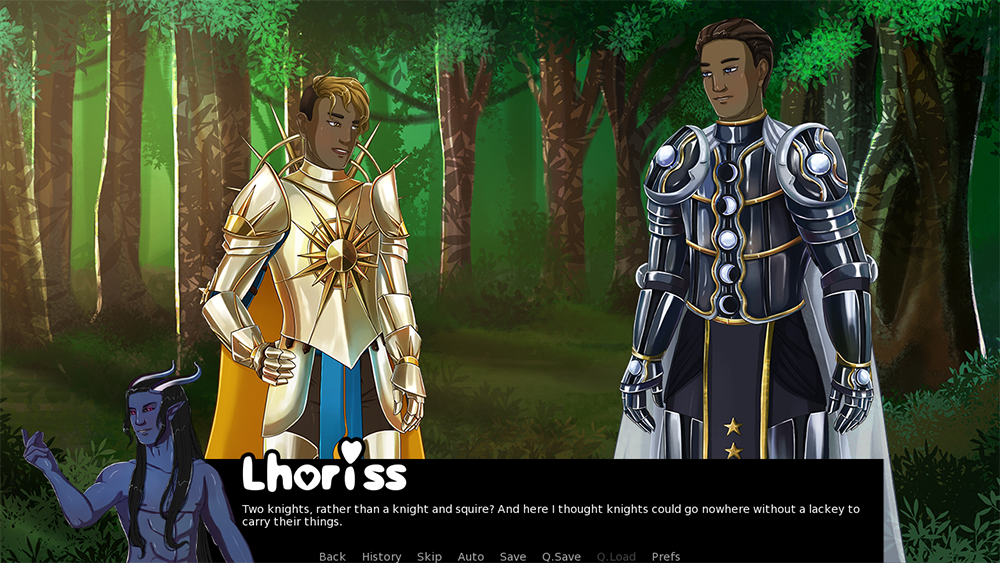 We've got an introduction to our protagonists! I'm not sure how much the nitty-gritty really interests people, but the facial expressions are built with separate eyes and brow/mouth layers, to allow more flexibility than corrupter 1 (which just had about 20 expressions to pick from). It's not quite as complex as Fate of the Squire (which has separate eye, brow and mouth layers) but I think it's a good compromise. Don't forget we're planning to have some pose changes as well, which Squire doesn't have, so overall there should be some good sprite variety once it's all done. 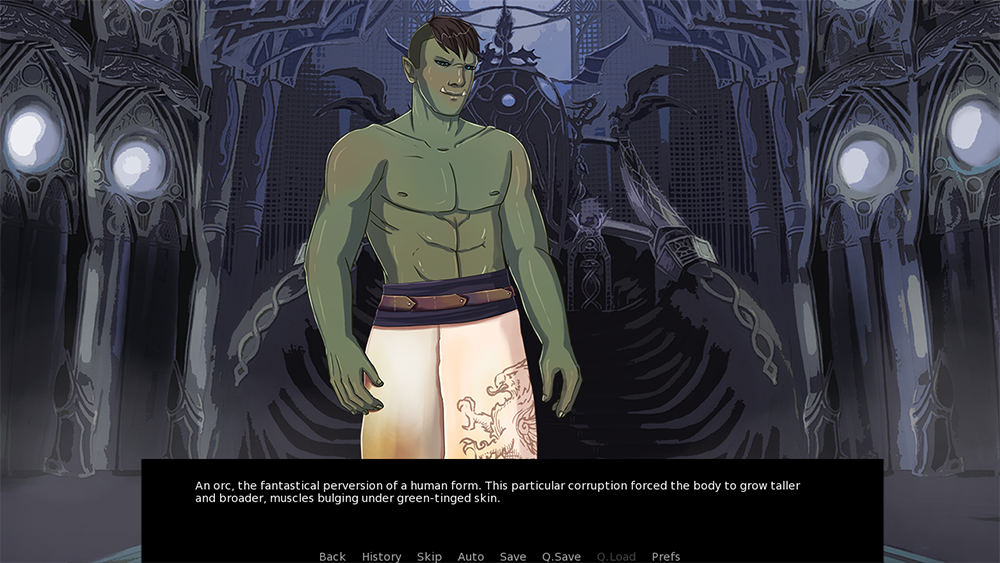 Once you've picked your monsters for the castle, Lhoriss will then summon them and decide which knight to focus on, much like Corrupter 1. Here's a slight off-centre Atreus, because I messed up the sprite slightly and didn't have time to fix it. 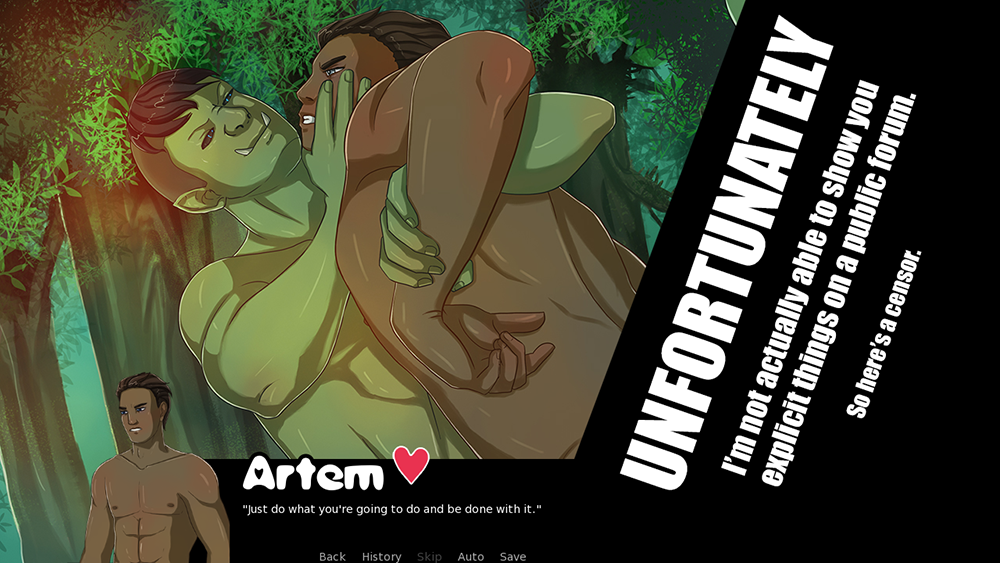 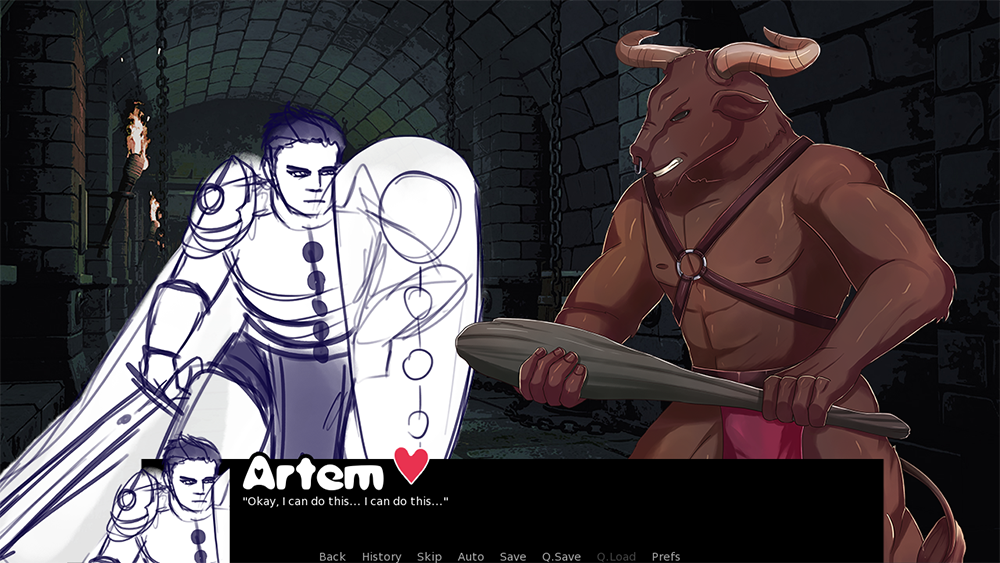 Here's Artem facing off against the minotaur monster – stand-in sprite, but you can see what I'm getting at with the pose changes mentioned earlier.

December is likely to be another quiet month; to no-one's surprise, the Christmas period doesn't leave me with a lot of free time. Even so, my plan is to focus on sprites and backgrounds, since those really need doing. I'll see you at the end of December for another update, unless you're following the weekly posts of course! Until then.

Orc Atreus is my favourite, glad to see the big green boi making a comeback.

This looks amazing. I'm super excited for the game's future!