September has come and passed... here's a progress post at last! We're a few days late while I finished some bits but here it is.

This month I've focused on a) getting the sprites for our two protagonists finished and b) creating sprites and CGs needed for stage 1 – the orcs. First let's look at those sprites.

First up is ARTEM WYMOND. His design theme is the moon, so lots of silver and deep purple, with some gold accents to make the armour pop. I'm pleased with how this one turned out! Artem is dutiful, dignified, gentle and serene – but once he's corrupted, how long will be stay that way?

His counterpart is ELIOR LEVANT. His design theme is the sun, and with the help of a poll over at Patreon we end up going for a very bold colour choice which contrasts really nicely with Artem. Elior is energetic, optimistic, reckless and confident – but they do say pride comes before a fall...

I'm currently working on the main UI of the game, namely a better 'choose your scene' interface. The plan is to have an isometric-style image which changes depending on which monsters you pick. Effectively you 'build' Lhoriss' evil castle and then choose whether to focus on Artem or Elior at each stage. Here's the general concept: 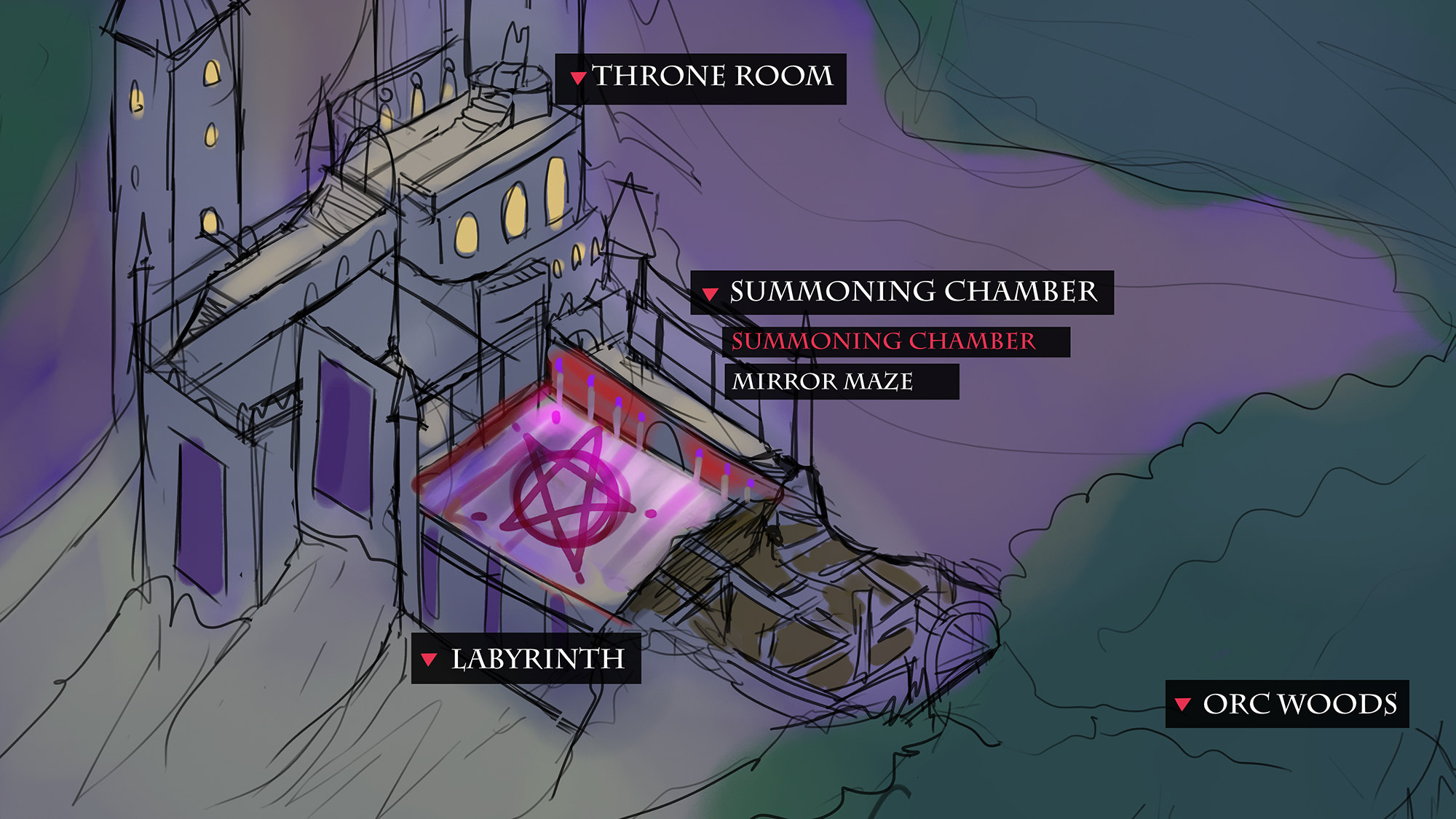 It's a concept so we'll see how easy it is to implement! I'm hoping to have this finalised by next month to show you.

Now for the orcs! If green muscle men aren't your thing never fear, as there'll be an alternative to choose (I haven't decided what yet, but there will be). If you DO like green muscle men then you should like these new sprites: 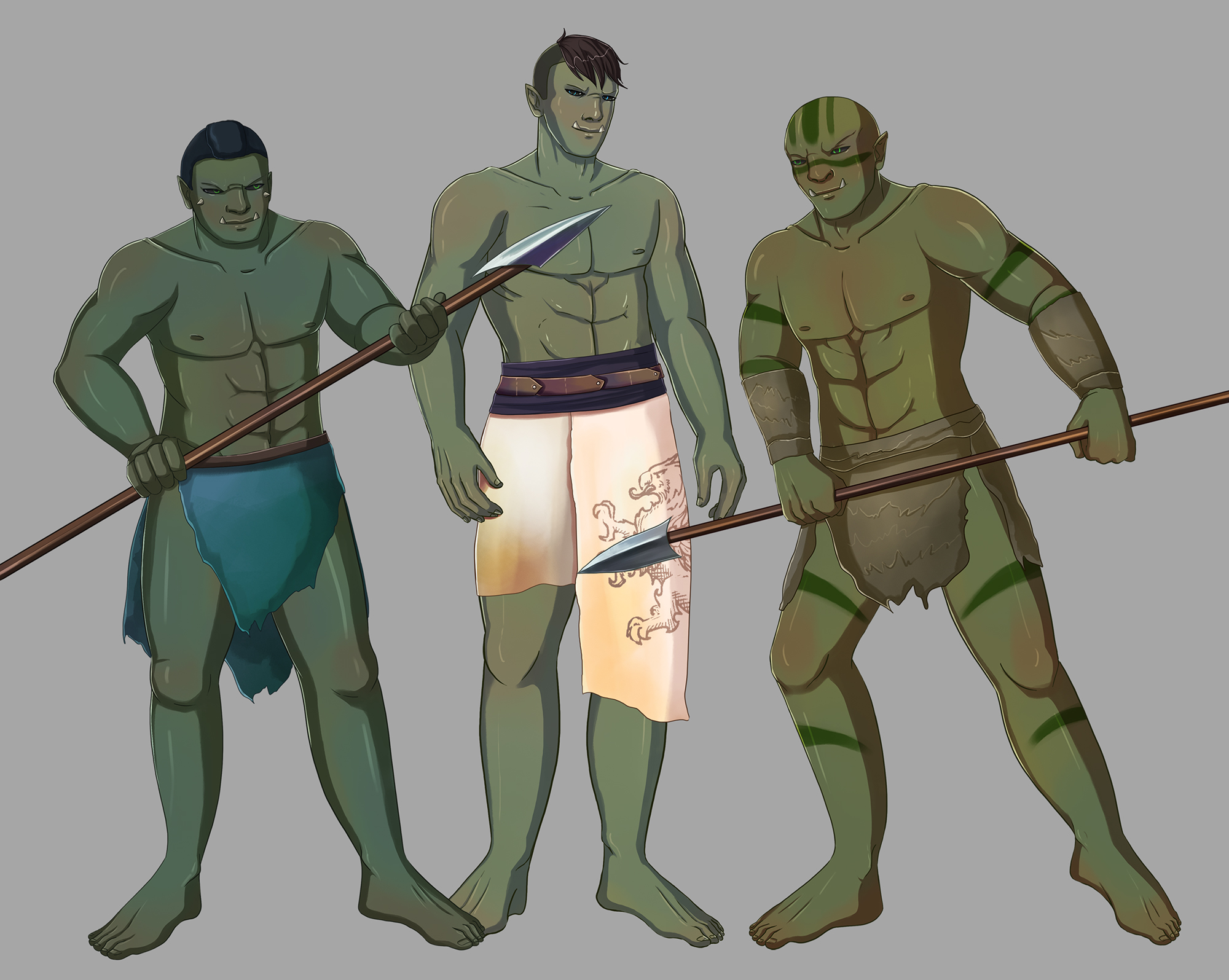 Those familiar with the original Corrupter may recognise the rightmost orc – he is indeed a redraw of an original sprite: 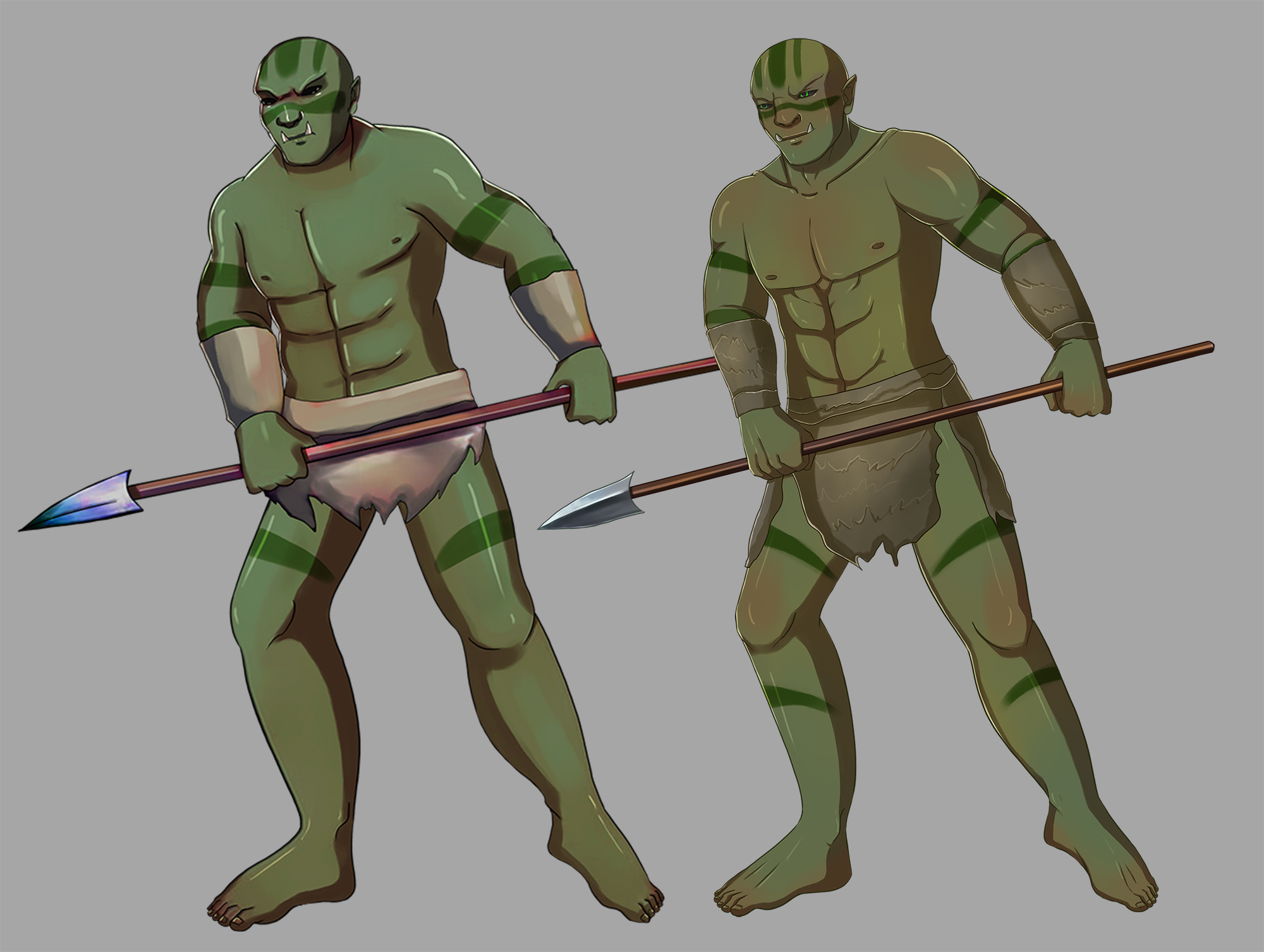 ...Meaning I should be able to use him in the original Corrupter as well! Once I have all the other visuals ready to overhaul of course. It'd be weird to have one decent sprite among a bunch of mediocre ones. Anyway, this should give you an idea of the step up in quality in Corrupter 2, now that I'm not constrained to a one month time limit.

I've started work on some CGs for this stage as well, have a sneaky preview:

Remember, if you check out my Patreon you can see weekly updates that are a little more in-depth than the end-of-month post – everyone should be able to see these whether they're a patron or not. If you do donate you get early previews and uncensored artwork! But of course, it will all feature in the game itself eventually.

That's it for September. I have probably painted as many green six-packs as I can tolerate for now so I'm going to move onto something different for October. I'll see you then!

elior and artem look very much the same :/

A deliberate choice, on this occasion ;)

oh dude no, are they related?

They are not related, though the game references how similar they look. Though if (almost) twincest squicks you, you probably want to give this game a miss. I'm not for unintentionally upsetting people!

niiiiiice this is looking good! I like how the knight costume designs have come together - and those are some good lookin greenskins! 😍