It's a sequel to Corrupter 1, the NaNoRenO project that was weirdly popular (sex sells I guess). To define that game and this one, it's an extremely explicit male/male fetish-focused visual novel. It will very much play to the same dark themes of the original Corrupter: corruption (of course), non-consent, monster sex, and some bodily transformation thrown in there.

What will differ is the gameplay, which was very limited in Corrupter 1. It still boils down to 'pick which explicit scenes you'd like to see' but I'm going to see if there's a more interesting way to do it.

You once again view/orchestrate the downfall of two good-guy protagonists through the lens of Lhoriss the debauched and tentacle-tastic warlock. Here's a picture of him, but you can expect a better sprite in Corr 2: 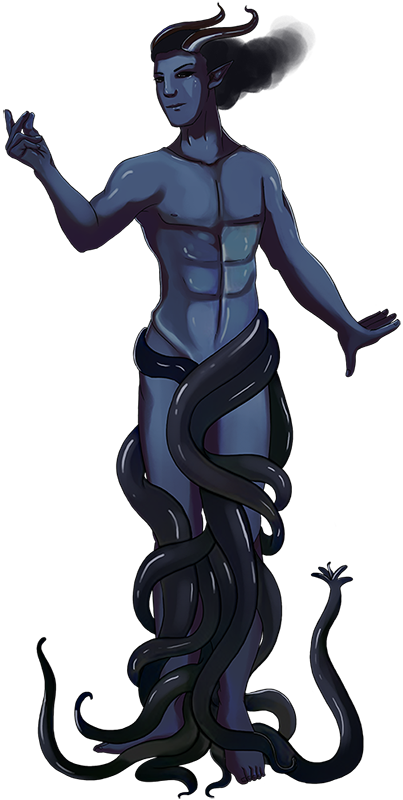 In the original Corrupter, players witnessed the corruption of Sir Atreus and his delicate squire Ollin. To change it up a little, this time the heroes-turned-victims will be two knights: Elior, knight of the sun, and Artem, knight of the moon! 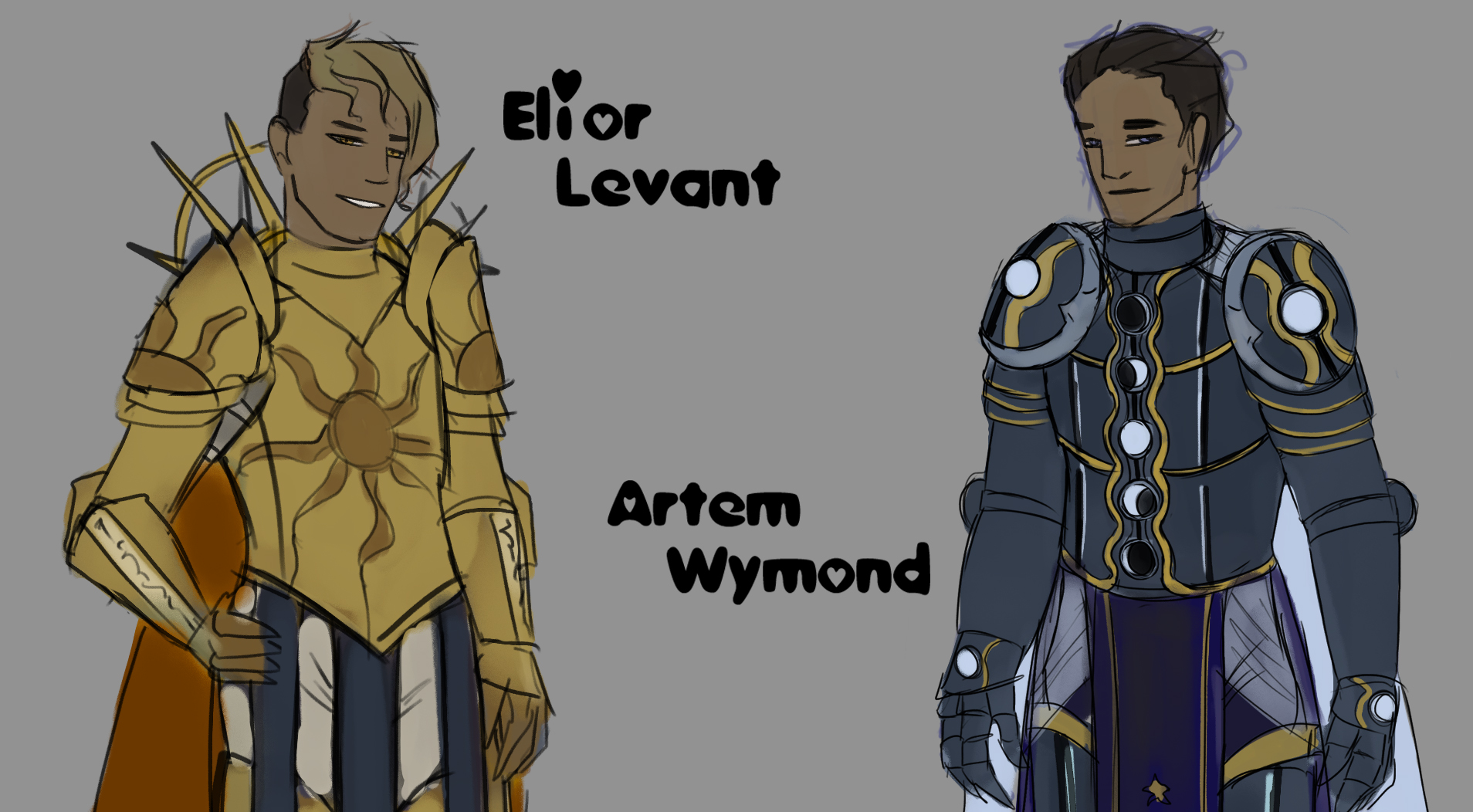 Hey Mushroom, you might think, these protagonists look quite similar to each other. These two are brothers in arms, but not brothers by blood! However, you can expect nods to their camraderie and similarity in game. They can, of course, sleep with each other as well as various monsters throughout the game.

Some further concept art for your perusal: 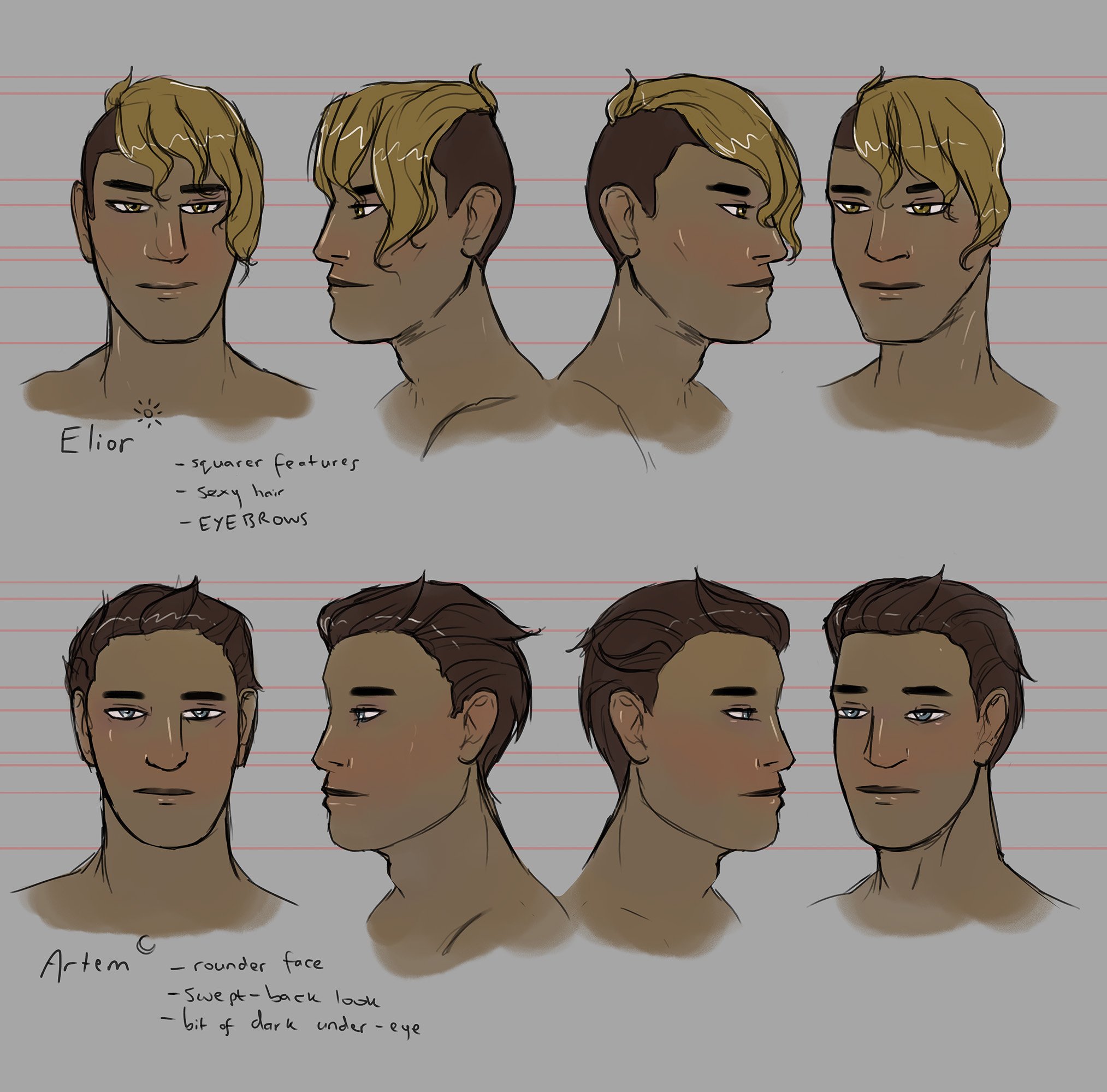 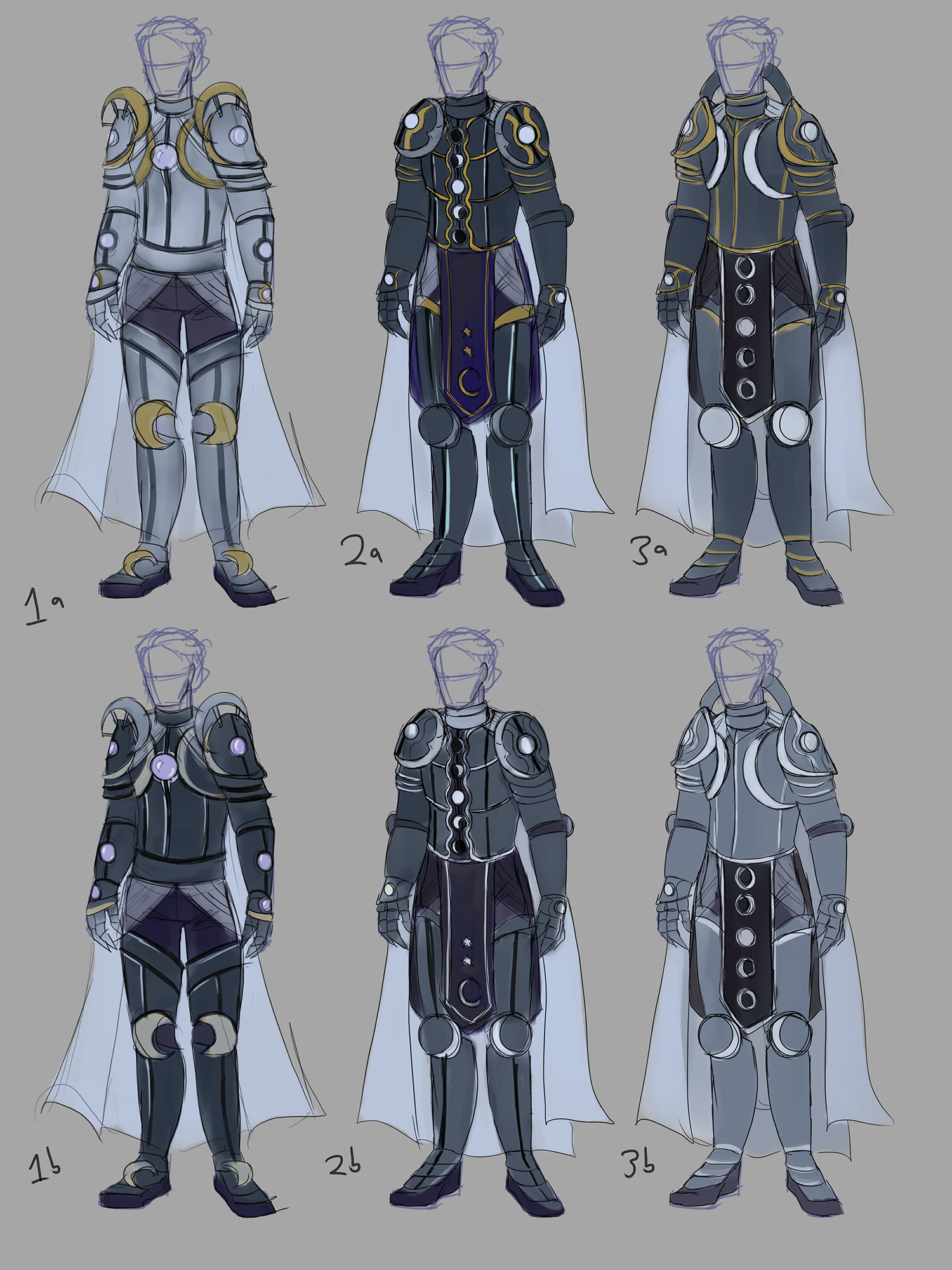 (I haven't quite decided on Elior's armour design just yet. It's about to be put to vote over at Patreon though).

Some other things to note...

Corrupter 2 will most likely not be free

This probably isn't a popular move, but I'm investing a fair amount of effort into Corrupter 2 so my plan to was to charge for it. I haven't decided yet, but the price is likely to be $1 - $2 at most. Anyone who is a patron during or after release will receive the game for free.

For that reason the game will be released when it's finished, unlike Fate of the Squire which is released episodically. I figured I'd release the main game, then some extra content patches to put in more scenes, more possible transformations etc.

It's on my to-do list! I'm not going to change anything significant, but since I'm not working to a strict NaNoRenO deadline I can take more time to create better artwork like backgrounds, sprites etc. Once I create these for Corrupter 2, I can also use them in Corrupter 1.

Some of the CGs could also do with reworking but that's not a priority. Once the bulk of Corrupter 2's work is done, perhaps. There are almost certainly errors in the writing to fix as well. I'll try to do all of this in one big update.

Corrupter 1 will remain free of charge to play of course, and it serves as a decent demo of what Corrupter 2 will be like.

Any other questions? Feel free to leave 'em in the comments!

Oh man yassss! I loved Corrupter 1, it was just about everything I ever wanted in a visual novel. The corruption and humiliation were just so well done. Can't wait for this, and I second Myneghon, I don't mind paying. Especially if it gets us more games in the future :) Also super curious to see if transformed Ollin makes an appearance!

Super excited! I loved Corrupter 1 and have no problem paying for the sequel. The two protagonists look very handsome, can't wait to see how they "turn out".