Hello everyone, it’s technically an end of the month post, but since it’s been 3 weeks since the last release I haven’t really gotten enough done to show off, to be honest. Mostly I’ve been planning and writing for January’s content.

I’ve found a composer, and you can listen to a song they’ve done here! I won’t name them just yet (Squire’s content rating being what it is…) but they have a pseudonym I can use in the credits. This the music that will play while raising stats and while – realistically – you’re not paying too much attention to the game itself. Soft, soothing and low-key.

In further news, I’ve gotten good feedback about the new October and December content from public and patrons respectively, which is always great to hear.

Quite a few players are struggling with the game’s bad ends. Doing the maths I don’t think the game is -that- difficult in terms of how much time you have to reach the stat numbers you need (though obviously biased here though, since I know exactly which stats you need to get). I do think the game could be more helpful about where exactly a player has fallen short so that next time they’ll know what to focus on, rather than getting frustrated with numerous game overs. The guide is always available of course, but it’s nice to not have to resort to it. I was thinking something like…

Unfortunately you got the bad end for Sir Lyall...

Your armouring skill was higher than it needed to be.

Your combat skill was a little bit too low.

Your literacy skill was just right.

Your tactics skill was much too low.

What do you think? I feel like that could be helpful. My plan is to code that in for the January (patreon) and November (public) release, if not before.

Lastly, a special thanks to Aeolia this month, who pledged $20! As thanks they get a sketch of their choosing, and they requested Garaile posing with a snake – and gave permission for it to be shared for all to enjoy. Unfortunately you public folks get the censored version so I don’t get banned from any websites (again): 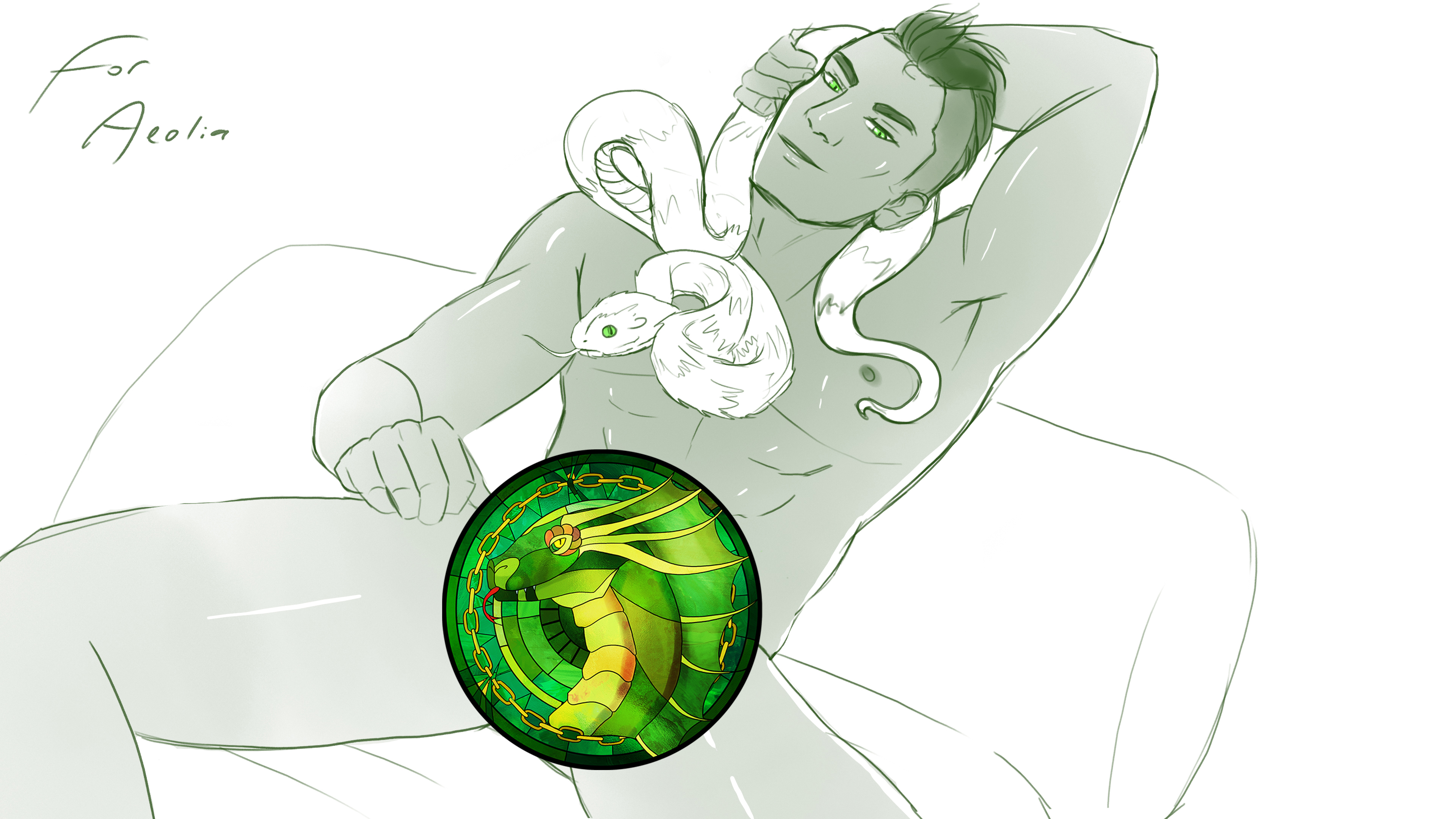 That’s all for this month. Next month does not look wholly exciting as I’ll just be writing and working on extra CGs and backgrounds, but I’ll keep you posted.

Haah, in the end I didn't even have time to play the latest public built - I guess I'll wait for the next one at this point haha.

I like the "hint" system - I tend to prefer games that give you hints about what you did wrong when you get a bad ending than games that outright give you the answers / have guides.

And the sketch is lovely - sexy knight is sexy XD. Lucky me since he's my favorite!