Hello everyone! This is your end of the month post, which gets posted to a few more places than usual! This month has been a mixed bag, so let's start with the bad news:

1) We're still nowhere near to another content release. Writer's block has been a real roadblock this month. Also I don't know if you know but the UK (which is where I am) has had a heatwave lately and nothing kills my productivity like heat. I think we're due 40 days and 40 nights of rain now though, which is great news for me. ETA is currently unknown; maybe end August, maybe later than that. Tbh, I don't want to keep making promises if I'm not sure I can keep them.

2) Around July 9th the tumblr page got flagged for inappropriate content. Unfortunately even with censored pictures, if you can tell what's happening in the scene it's too explicit for tumblr. I'm not too annoyed over this as tumblr has frankly gotten a lot less vibrant since the adult content purge, so it was time to move on anyway.

It does mean that now the only place that receives weekly updates is Patreon. These updates are public, you don't need to be a patron to read them, and I'd encourage anyone who wants to follow the development more closely to bookmark the page or something. Patrons get a bonus post each week but as I say, you don't need to pay to access half the stuff on there.

Now the good news... well, kind of. It ties in to the writer's block problem from above.

We're coming up to 2 years since I began working on Squire and it's come a really long way, but it's reached the point where I'm getting burned out. Let no-one tell you a visual novel game is an easy or quick thing to make! We've come really far and I'm so proud to see people enjoying my work, but the fact that this last update has been such a slog really highlights that I need to put the project down for a while.

Currently, the plan is to finish this update (a public release that lets you play up to December, and a patron-only release that lets you play up to February) then set Squire aside for a little while. Not permanently, and I'm going to be quietly writing more content it in the background, but it's likely to be a break of months rather than weeks. What I don't want is to keep struggling with it as my main project and giving you lacklustre updates, when I could be dazzling you with a project I'm mega enthused for instead.

What's the other project? Why, it's Corrupter 2! And this is the good news, because I know how beloved Corrupter is, you kinky people you. Corrupter 1 – the game I threw together in a month, filled with grammatical errors and not my finest artwork – absolutely blows Squire out of the water in terms of downloads. As they say, sex sells. Sells for $0, but hey. 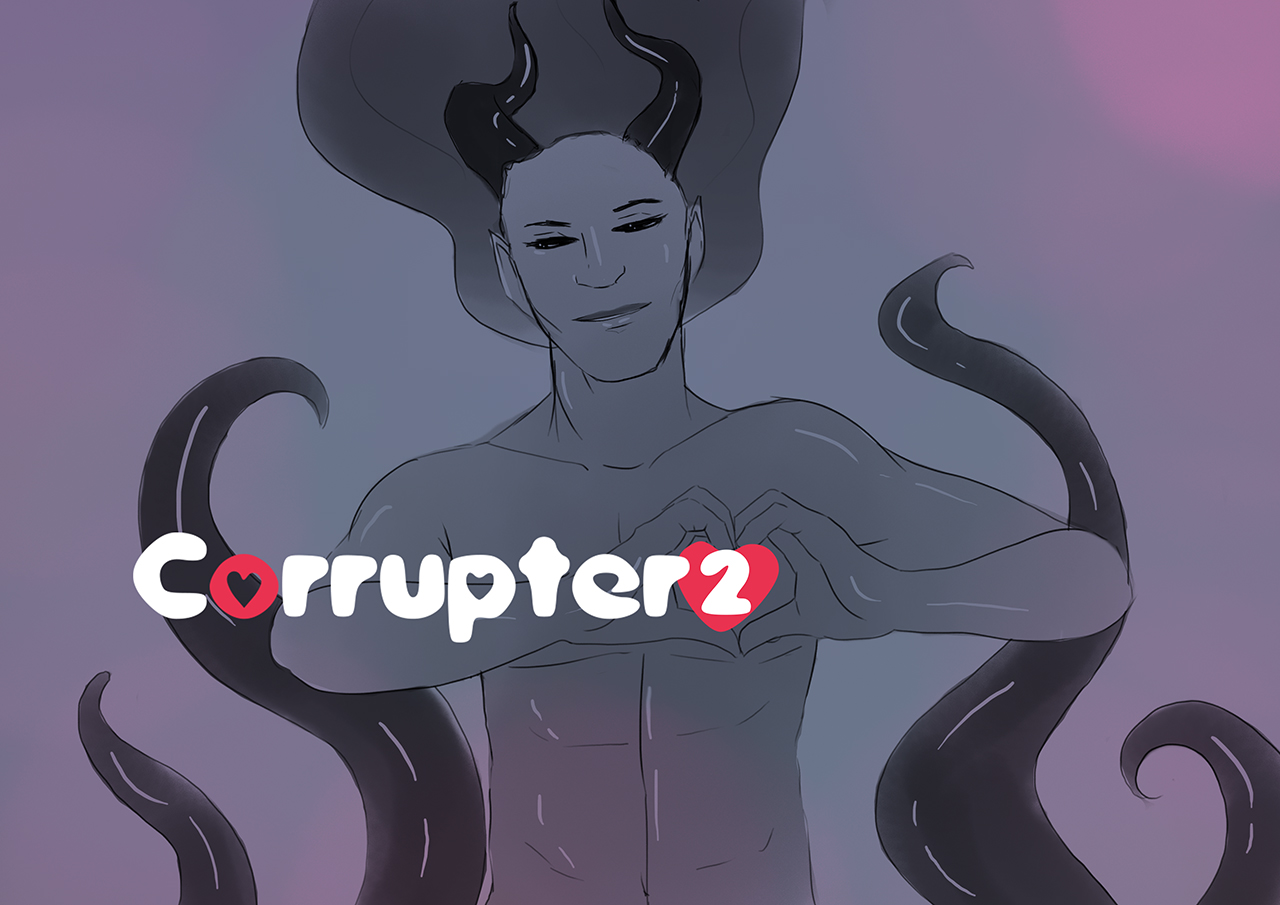 Now I haven't done much work on Corrupter 2 yet, because I'm trying not to distract myself too much when I still have another game to finish up, but I have a loose plan for what will happen. It'll follow a similar format to Corrupter 1, in the sense that you are tentacle-tastic warlock Lhoriss, tricking those brave, foolish knights into your lusty clutches! But I plan to offer more choices for which monsters the heroes will face, different ways they can be corrupter/transformed, more endings. But mostly importantly, better artwork and just a bit more time and TLC, really.

So that's basically what's happened this month. I haven't made as much progress as I wanted due to writer's block, burnout and heatwave, in that order. Once this next release is done Squire will be on a non-permanent hiatus, and the kinkfest of Corrupter 2 will begin, but we're keeping it under wraps for now. I'll see you all next month, and those of you on Patreon, I'll see you next week.