Hello everyone, I’m very pleased to announce that January is finally finished and is now available to download for patrons. This means there’s a new public release too!

As a reminder of what November contains…

A Contest of Skill

Each of the knight’s is holding a mini-contest in November to see who really has the talent to become their squire. An equestrian course for Areli, an armouring challenge for Lyall, and an obstacle course for Garaile!

A new date scene with the knight, with changing dialogue depending on Leith’s stat levels – this should hopefully act as a guide to what to focus on next.

Other things that were done:

Things that were not done (because I ran out of time):

I’ve updated the roadmap, which shows where the patreon release is vs. the public one: 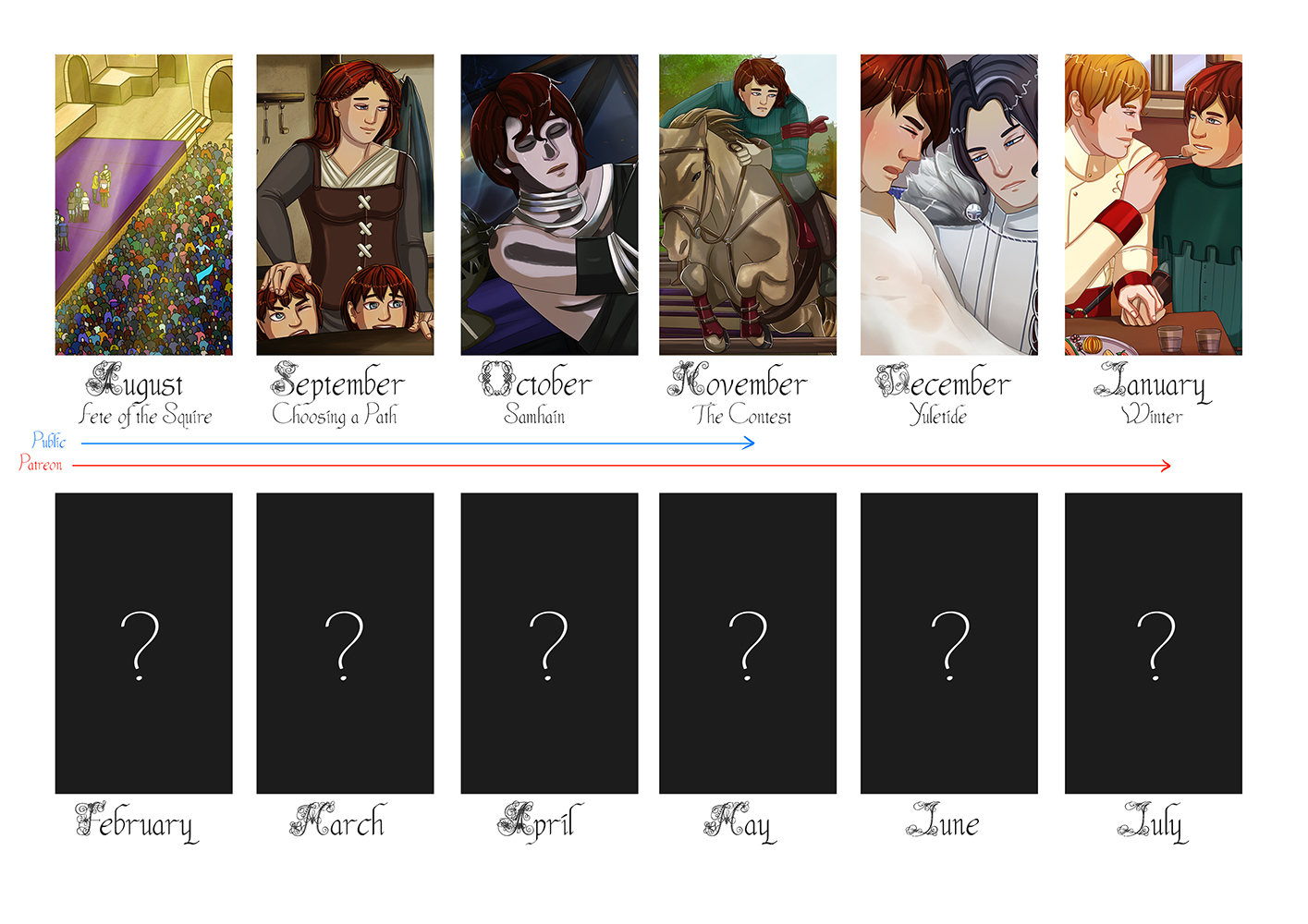 We’re half way done! But there’s still a lot further to go…

Now I’m on vacation for a week ^^ I’ll be away from my computer but if there are any problems with the upload, game bugs to squash or questions to answer, I’ll handle them when I’m back.

It’s also March, which is NaNoRenO month! I will not be starting a new quick project like Corrupter. I know this will disappoint some who want to see more Corrupter-like content, but truthfully it really slowed down my progress on Squire. Aside from not working on it for a month, I was so tired by the end of it that April wasn’t overly productive either.

Instead, I’d rather take the manic energy of NaNoRenO and put that into Squire. We have a lot to do before February content will be ready for release so my plan is to get a chunk of that out of the way – and the sooner February is done the sooner we can do March, and April, etc until Squire is finally complete. And I have some pretty good plans for my next project when Squire is complete…