Hello hello, this is the end-of-moth post for May's progress!Much as before, progress has been steady, but sluggish. A lot of things happen in February's update, so getting everything finished is something of a mammoth task – one that I would like to be done by the end of June, but realistically, I'm not sure if will be.

Here's what I've been working on:

This scene with Errol, who suffers with a particularly bad bout of illness in February – one that can potentially end in tragedy if players aren't careful. One key to a better outcome is buying him the violin gift for Yuletide (found in the December update, which will be public as soon as February is finished). These two scenes reflect the different outcomes: 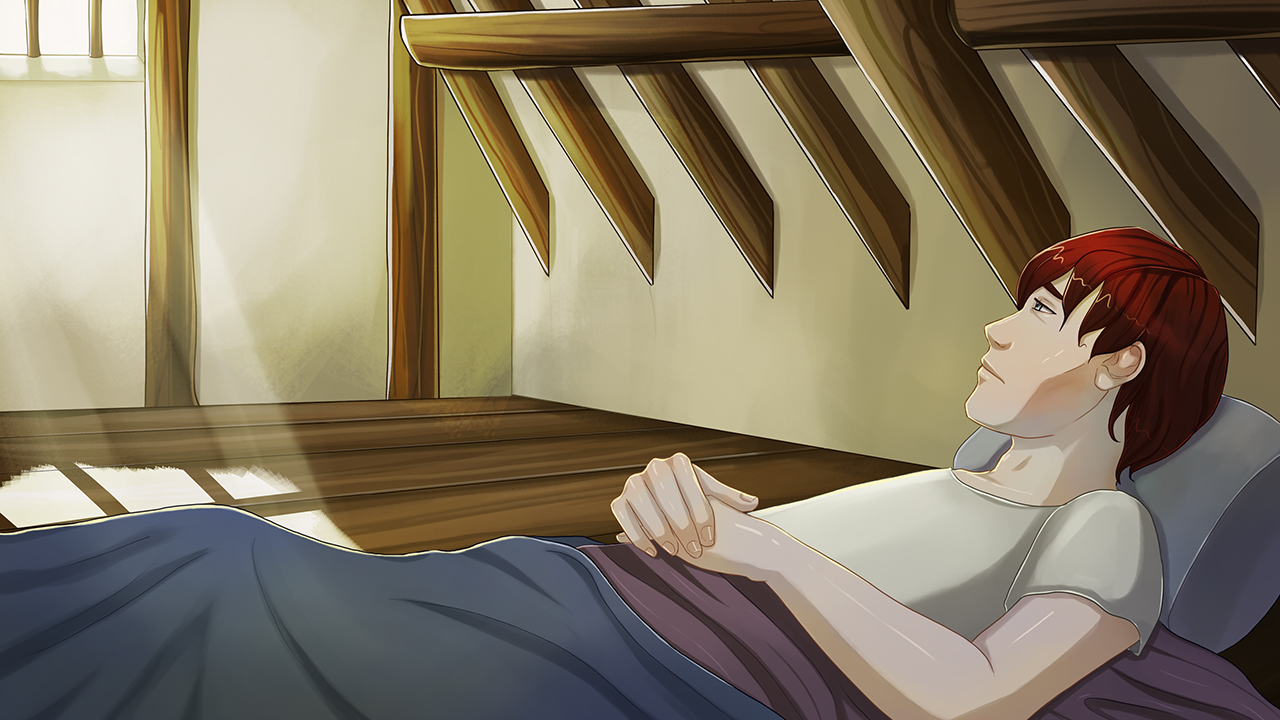 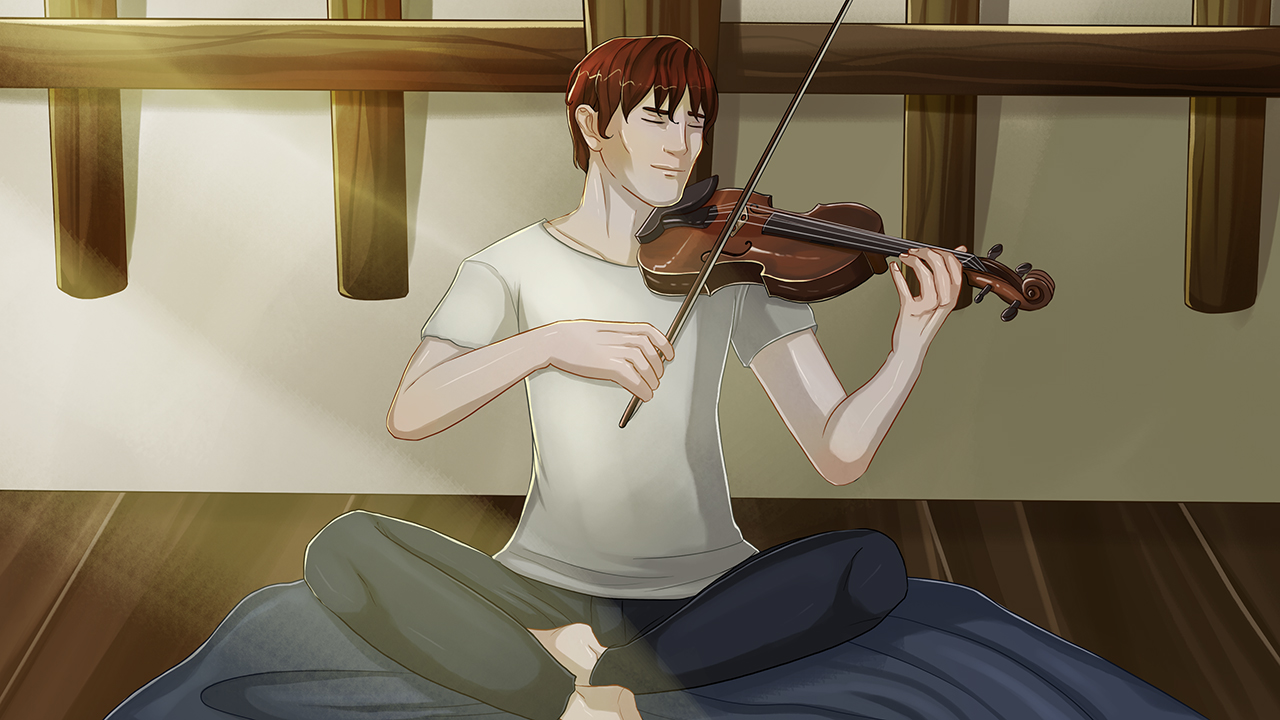 I've also been working on Imbolc, the water festival, which went from more of a family-focused event to a proper date with the knight, which is more satisfying. It should also let Leith discuss the knight's views on Somalaire's religion, which should be interesting. Areli and Garaile are still in progress, but here's Lyall's, which turned out pretty nicely I thought: You'll notice Lyall doesn't have his trademark furry cloak in this! I did start painting it, but found the scene looked much nicer without it. That plate armour is too fancy to go covered up anyway.

I've been working further on explicit scenes, namely Garaile's 'kinky' scene and Gray's optional content. Areli's scenes are next on my to-do list...